Omotola Jalade Ekeinde is a popular Nollywood actress. She is married to Capt. Matthew Ekeinde and has 4 children. Apart from being one of the most successful Nollywood actresses, she is also a singer and is involved in extensive charity work in her home country of Nigeria.

Her first role in a movie came in the film “Venom of Justice”(1995).
Omotola J. Ekeinde burst into the Nollywood film industry with the movie “Mortal Inheritance” (1995) where she played a sickle-cell patient who fights for her life even when she knows she might not be able to live. At the end of the day, she has a baby and eventually lives. This film which received good reviews, won her awards for her role in the movie and is still known as one of Nigeria’s best movies ever made. Ever since then she has not looked back and she has starred in blockbuster movies like “Games Women Play”, “Blood Sisters”, “All my life”, “Last Wedding”,My Story,The Woman in Meand a host of others. In the year 2005, she launched her music career.
Omotola was born on February 7 1978 in a family of five to Mr. & Mrs. Shola Jalade (both late) and two brothers, Tayo and Bolaji Jalade. She attended Chrisland Nursery School , Opebi, Lagos and Oxford Children School , Santos Layout. She then proceeded to Kaduna for her secondary education at Command Secondary School . She is currently undertaking an HND course in Estate Management at Yaba College of Technology (YabaTech), Lagos. She got married at the Ikeja registry on the 23rd, March 1996, and had a beautiful white wedding on board a DASH 7 Aircraft flying from Lagos to Benin, on the 19th April, 2001.
Besides acting, she also sings and has a soon to be released debut album. She features as a writer for the Saturday SUN (Omotola’s Diary) and occasionally gets involved in Social Services for women and charity homes. Omotola Jalade Ekehinde is a beautiful award winning actress known for her craft all around Africa. She acts in Nollywood, the Nigeria home video movie scene that has in the past decade blossomed into a full fledged entertainment industry. For this screen goddess, life is family, scenes in a movie, songs in an album and the sure pleasure of getting feed back from her fans. 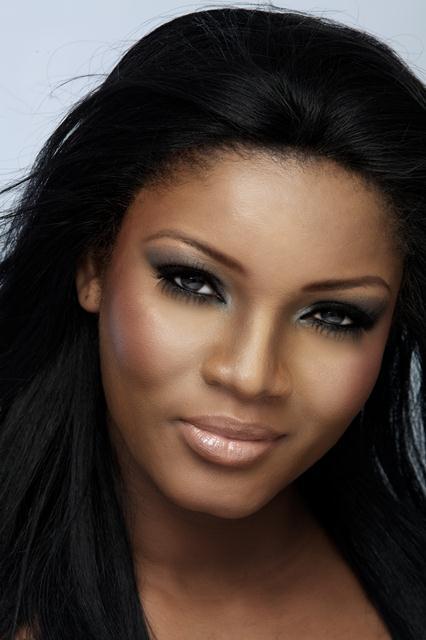 Great Thinkers will rule the world, I am an Internet freak, Gospel Lover, I Love Music. You can connect with me On Instergram Prayertitus